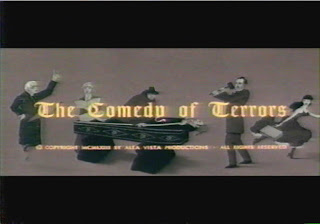 Our man, Les, is back at the musical helm tonight. This is truly a fine little classic from AIP and the gang, and, still, a million laughs! Corman did the right thing and got Jacques Tourneur to direct!

The music is on the lighter side, but, Joyce Jameson's singing is fairly terrifying in itself! Give a listen to A Comedy Of Terrors!

Here are some other movies we've already posted with music by Les Baxter: PHARAOH'S CURSE, VOODOO ISLAND, PANIC IN THE YEAR ZERO, THE TERROR, DEMENTIA 13, SPACE MONSTER, THE EYE CREATURES, GHOST IN INVISIBLE BIKIN and THE DUNWICH HORROR!! ...And, more to come! 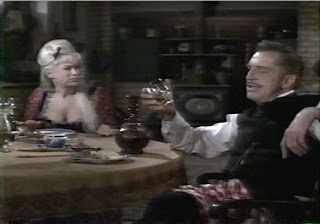 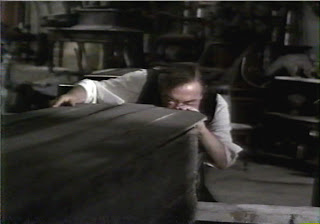 Here's a strange little triangle! Vincent Price and Joyce Jameson are married, but, Vinnie basically dispises everything about her. In fact, Vinnie likes only one thing... Money! Peter Lorre is Vin's bumbling assistant, Felix, seen here inspecting some of his casket work! He's secretly in love with Joyce and hates Vinnie and the way he abuses her! 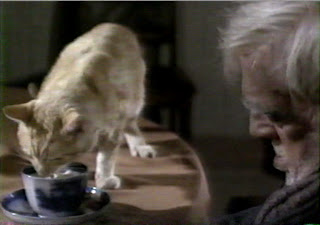 Then, there's Rhubarb the cat, here with Boris Karloff, drinking his milk while Boris catches a few winks! Boris is Joyce's father. 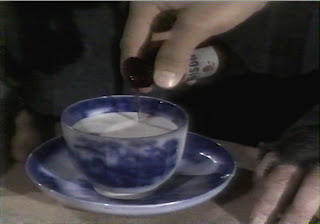 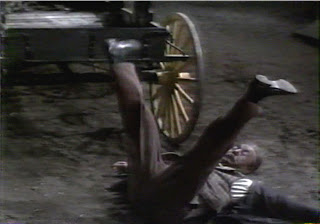 Vinnie is full of laughs in this film! He poisons Boris's milk, but, Joyce sees him do it and pours it out. Then, a citizen gets pushed down by Vin when he gives a pleasant gesture while passing him in the street! 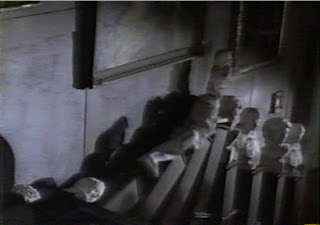 Probably the best part of the movie is when Vinnie and Peter are out to murder the rich Mr. Phipps. Peter accidently knocks over the top statue and stand and they topple over, one by one, all the way down! Ironically, no one was awakened from their sleep!! 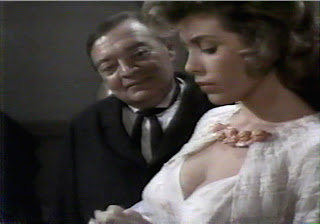 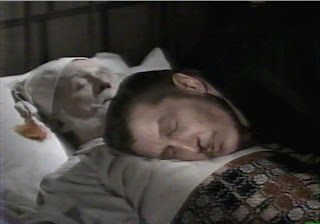 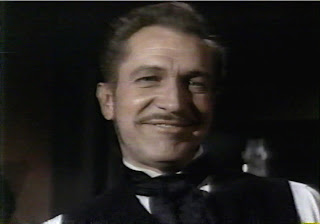 Later, the boys are called out to verify the death. Peter oogles Mrs. Phipps as she grieves for her dead husband! Mrs. Phipps is played by Dungeon favorite, Beverly (BRIDES OF BLOOD) Hills!

And, you see, Vinnie just has a sweet thing going on!.. 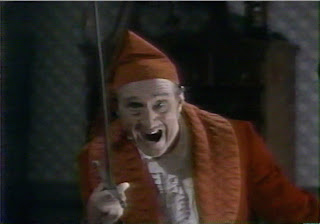 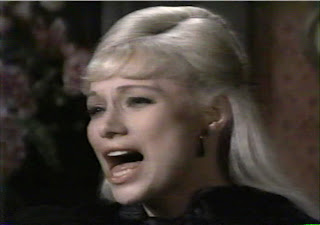 At the funeral, Joyce belts out... "He is not dead, but, sleeping!" 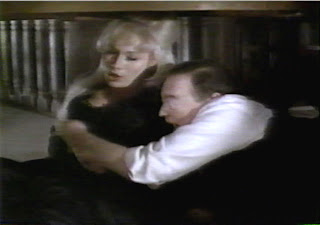 Peter gets all worked up at the party after the funeral! 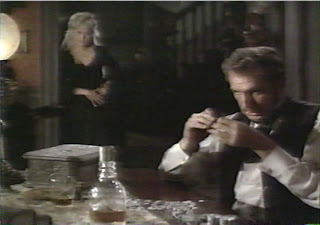 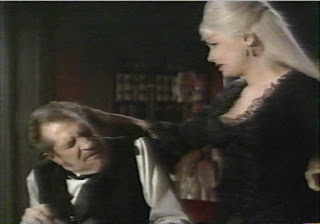 But, Joyce wants hubby! Look at the way Vinnie reacts... Pure disgust!! He was counting his money!! 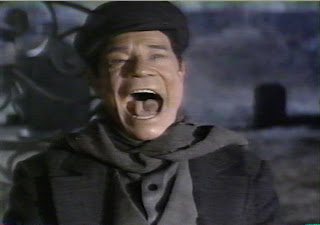 The problem is, Basil ain't dead!! Joe E. Brown in his last role gives his famous scream as Basil has just crawled out of his coffin!! 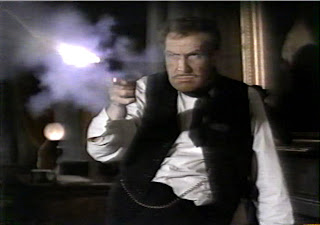 After about the fourth time of thinking Basil was dead, but, he wasn't, Vinnie pulls out a gun and finally does him in! 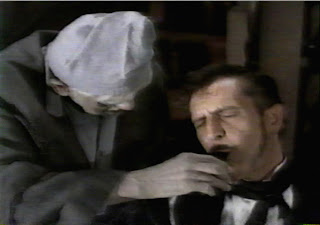 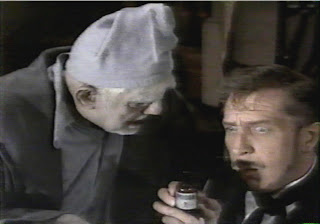 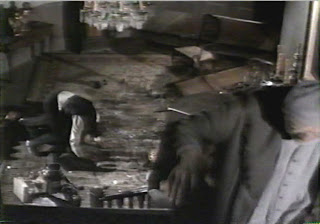 There is a happy ending, though! Vinnie drinks his own poison by mistake, Peter and Joyce get together and Boris goes to bed!!!

Posted by Stendek at 8:53 AM No comments: 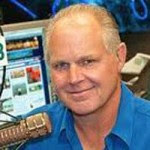 President Barack Obama sat down with Rolling Stone for an hour long interview, which the editors there are billing the “most substantive interview the president has granted in over a year.”

The president used the opportunity to single out two conservative Americans for attack.

The president was asked, “Is there any way to break through that obstructionism by Republicans?”

He responded by attacking conservatives Rush Limbaugh and Grover Norquist:

My hope is that if the American people send a message to them that’s consistent with the fact that Congress is polling at 13 percent right now, and they suffer some losses in this next election, that there’s going to be some self-reflection going on – that it might break the fever.

They might say to themselves, “You know what, we’ve lost our way here. We need to refocus on trying to get things done for the American people.”
Posted by Stendek at 6:39 AM No comments: 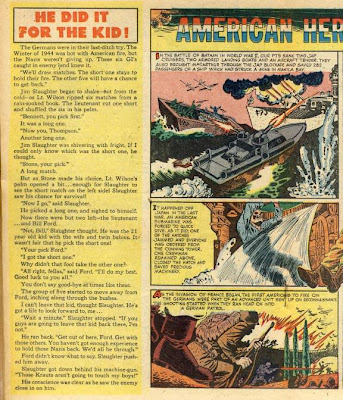 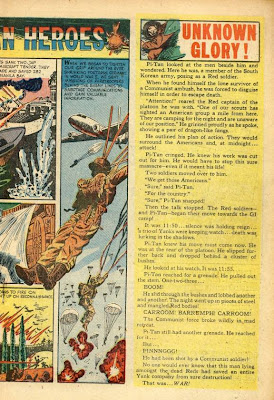 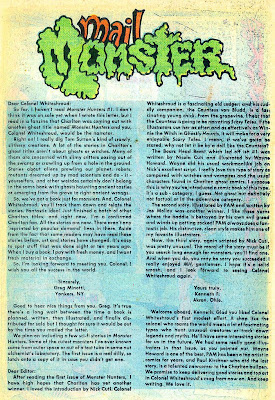 Posted by Stendek at 5:32 AM No comments: 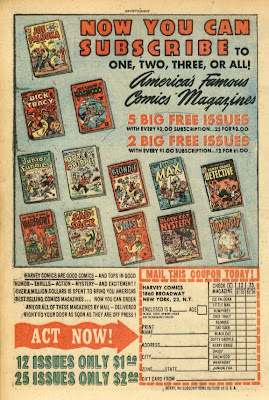 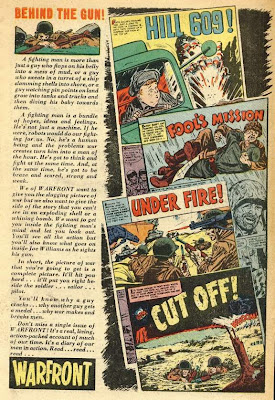 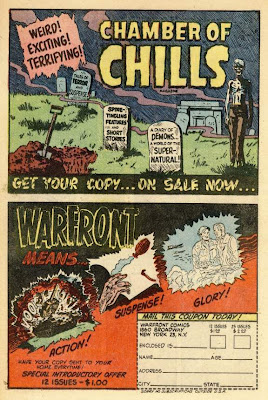 Posted by Stendek at 5:30 AM No comments: