Dean Martin & Jerry Lewis, well, there's not much new I can say about these showbiz icons, so let's just get with it! Here's some seriously cool photos and songs from the 1953 zany classic, "Scared Stiff!" The musical credits give you all the information you need to know!! This movie is all about music and starts right up with Dean's act at the club! Dorthy Malone plays the part of Rosie!! Dorthy meet Jerry before I beat the crap out of him!! Time to sail off into the unknown, and for all you schmaltzy Dean lovers, here's "Dino" with a classic love song! Frank Fontaine as the obnoxious drunk on the pier would go on to have a number one record 9 years later with his "Songs I Sing On The Jackie Gleason Show" LP!! In character as Crazy Guggenheim, the non-drinking Fontaine, could barely put a sentence together, but had a smooth singing style out of character, just like Jim Nabors when he wasn't Gomer!! My favorite thing that Jerry Lewis does, is when he stands behind some one and mimics and mocks them!! That'll get me rolling on the floor every time!! Carmen Miranda as Carmelita Castinha performs here in her last film role, with the boys and "Bongo Bingo"! I love the countdown at the end! Defies comprehension to me! There's no way to forget "Enchiladas", even if you try, because just like in real life, they will come back to haunt you! Listen to this at your own risk and guard your crystal! And once again to justify the whole thing, see, there is actually a ghost!! "Carmen's Late", so of course, Jerry has to go on for her miming to a record! He almost pulls it off, and the crowd is just weird enough not to care! It might be her last movie, but backstage with the gang, Carmen doesn't look like she knew she was going to get this kind of send up! Oh, it's Bob Hope and Bing Crosby!! Imagine that!!! How ironic!! And they're skeletons!!! Wow, how is that even possible or plausible? And, in the, Oh, Yeah, department, am I the only one who thinks it's hilarious that another Martin/Lewis movie made in the same year titled "The Caddy" had an actor in it whose name was Lewis Martin??? That's just weird!!!
Posted by Stendek at 12:40 PM 1 comment: 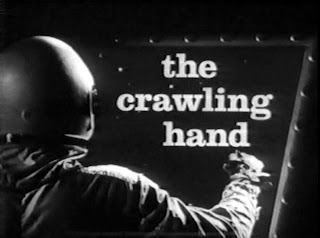 Killer title card!! Tabonga have to mention tonight director Herbert L. Strock! Here some flick he direct... THE MAGNETIC MONSTER, RIDERS TO THE STARS, GOG, I WAS A TEENAGE FRANKENSTEIN, BLOOD OF DRACULA, HOW TO MAKE A MONSTER! 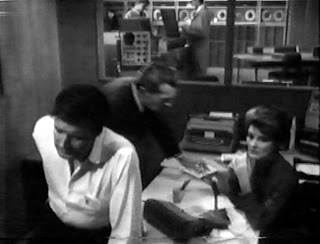 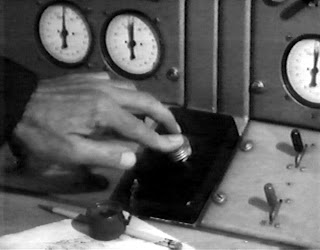 Okay, when finger push this button, dude in spaceship blow up!!.. Awwwww! 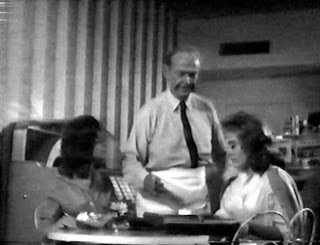 I said, NO DANCIN'!.. Syd Saylor weird lookin'! We already post when monster-boy get crazy and Syd get beat up with Rivingtons playing on jukebox!! 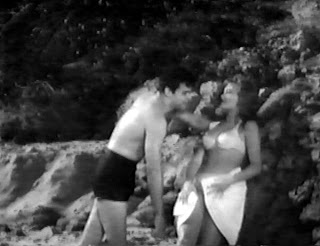 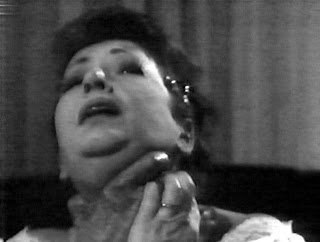 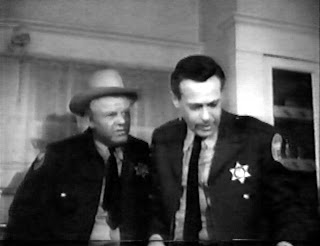 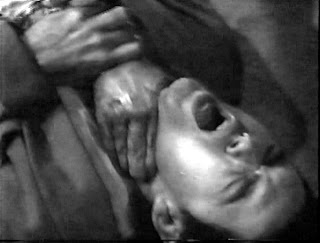 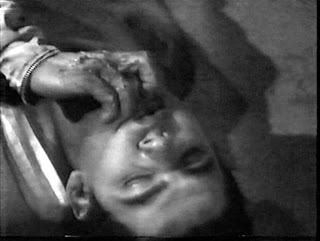 After hand choke Rod, it let go and take off again! When leaving, it crawl over Rod lip and it pretty damn funny! 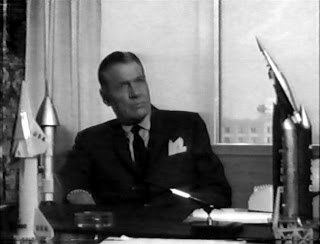 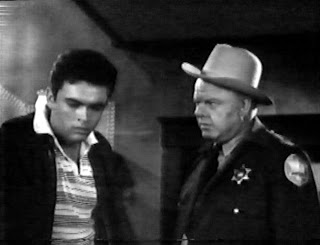 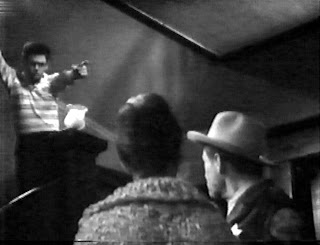 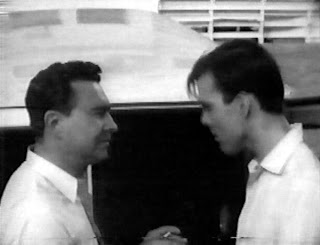 At end, Jock Putnam and Andy Andrews here have to transport killer hand in locked box to military base. Dummies give them the key!.. They decide to look in box, because, you know, curious. So, they open box! 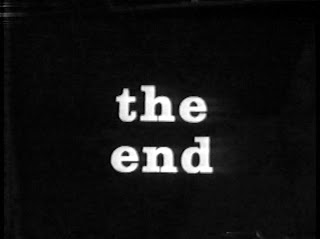 When they look in box, this pop out! See, even stupid gimmick want to get into the act!!
Posted by Stendek at 12:11 PM No comments: