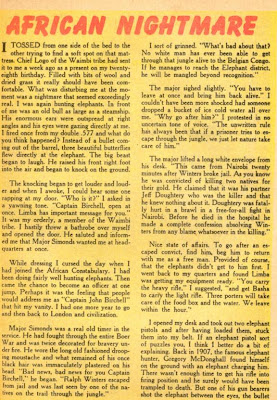 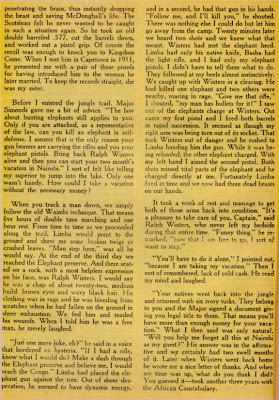 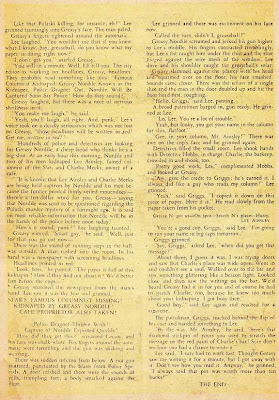 Posted by Stendek at 7:51 PM No comments:

Thing From Another World Stills With James Arness

Posted by Stendek at 7:30 PM No comments:

Posted by Stendek at 7:24 PM No comments:

In the latest “Arab Spring” uprising, the U.S. is backing protesters, many of whom, informed Middle Eastern security officials tell WND, are now pressing to openly announce an affiliation with the Muslim Brotherhood.

The Syrian opposition has been plagued by infighting, with competing divisions sparring with each other even since the movement began in September of last year.

Syrian National Council leader Burhan Ghalioun announced his resignation after divisions within his council reached a climax only two days after the coalition voted to renew his term.

Ghalioun has faced criticism from some opposition members for being too close to the Muslim Brotherhood and of trying to monopolize power within the SNC.
Posted by Stendek at 5:28 PM No comments:

If you haven't seen the 1958 MGM sci-fi movie, FROM THE EARTH TO THE MOON, lately, well, you will not believe what an absolutely horrible piece of crap it is!!! Overacting is used to make up for no budget, the old geezers are constantly bickering, etc., etc. Okay, then, their gyroscope goes haywire and what's the sound effect they use??? The sound from FORBIDDEN PLANET, of course, where the guys are landing and coming out of hyper drive!! MGM!.. Get it?.. It's pathetic and it just ain't right!! And, even more of those sounds are used in Jerry Warren's FACE OF THE SCREAMING WEREWOLF that we've already archived! Everything's for sale!!

So, just sit back and enjoy the tones by this unearthly couple!! KRELL MUSIC By the power invested in me, I hereby do decree this week from now and forever to be "Scotty McKay Week!" Okay, I got that out of my system, so why is it "Scotty McKay Week?" That part is kind of free form, but it has a lot to do with the spirit of the unsung independent artist! So, I searched and I searched to find Max Lipscomb, aka Scotty McKay's birthday, and while the March 17, 1991 date of his death is well documented enough, for some unknown reason, the day and the month of his birth are unavailable to find, all there is, is the year 1937!!! So, what's up with that? There's just something there that ain't right here! So, if we don't know the day, how the Hell are we supposed to celebrate this amazing unheralded artist's birthday??? And, that's why and when I decided that everything I do this week will be, to say Happy Birthday Scotty!!! Scotty was only in two movies and we've already exploited the other Texas feature "Creature Of Destruction" to the Max, as it were, so that only leaves the 1966 Edgar Allen Poe Texas Classic feature "The Black Cat" Here we have Robyn Baker in a pensive mood "Listening To The Radio" in her one, of two roles she ever had, as Diana!! And this is Robert Frost in his solo film outing as Lou, the principal player in Poe's nightmare! And truly, what a nightmare it is!!! Now, here's where the fun starts, because this terror terrific film is loaded with music provided by none other than our man, Scotty McKay!!! And we're just getting warmed up because this is just the theme, and some music off of the radio, wait til our hero starts going to the bar, that's when we'll catch back up with Scotty on Wednesday!! In the meantime, everybody lift your glasses high, to all the best artists you've never heard of, this one's for Scotty!!! Tonight Tabonga have sleepiest bar music... EVER!! ~ So, grab pillow and get comfy!.. Can't a guy get drunk in peace?! Sound kinda like 'The Tale Of The Giant Rat Of Sumatra' by Firesign Theatre!! Hey, might as well have look at pretty gurl while band get warmed up! Oh, and, don't forget about us sadistic bastards!! Sure, come on, just step a little closer!.. Let's you and me wrassle!!
Posted by Stendek at 5:05 PM No comments:

In Edgar Allen Poe's short story, "The Black Cat", maniac man Lou is a collector of monkeys and exotic birds!

And also, very true to the story, Lou is a drunken lout! So, he heads off to the bar to drink and just hang out! It is really quite amazing, but if you just take the five minutes or so, that it takes to read this classic story before or after you watch the movie, your appreciation will be multiplied immensely, and you can read that right here! "The Black Cat" by Edgar Allen Poe. It's mesmerising!!

Right about here is where the real fun begins, because, it's only a short story, let's fill the gaps with some music, so it's, Come On Out Scotty McKay!!! Let's not forget this is Texas 1966 and the 13th Floor Elevators are rocking the house somewhere not too far down the road! The first song we're served up at the club is none other than "Hey, Bo Diddley" written by the late, and the ever so great, Mr. Bo Diddley himself, Ellis McDaniel. Scotty and the boys do a fine job on a great song and add another notch to their own gunslinger credentials! The party in the bar is swingin'! And by the time Scotty and the boys serve up "Brown Eyed Handsome Man" written by Chuck Berry, Lou is really starting to loosen up. Too bad he's a mean and violent drunk just like Edgar wrote it!! Still, it's a great opportunity to show off Scotty's awesome vocal range!! If Lou sobers up enough, we'll see you on Friday for the conclusion of the story and our tribute to Max Lipscomb aka Scotty McKay!
Posted by Stendek at 4:56 PM No comments: