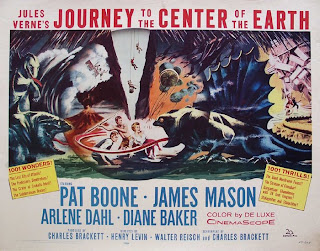 Composer Bernard Herrmann did tons of great stuff... THE DAY THE EARTH STOOD STILL, VERTIGO, THE 7TH VOYAGE OF SINBAD, PSYCHO, CAPE FEAR, THE BIRDS, VOYAGE TO THE BOTTOM OF THE SEA, TWISTED NERVE, IT'S ALIVE and much, much more!!! 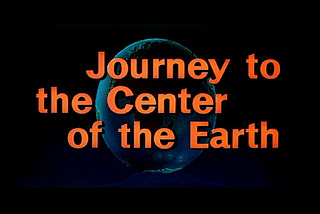 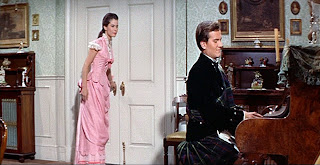 We like Pat Boone here at The Dungeon, what a great guy besides a fantastic talent! He's just different! 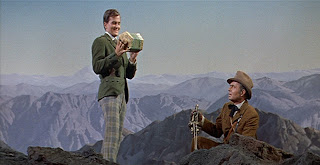 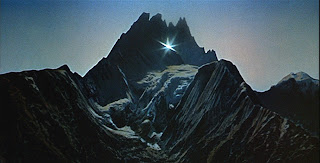 Believe it or not, you have to go way up there to get to the center of the Earth!!.. WEIRD!! 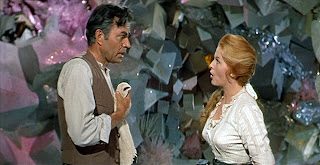 And, what kind of a journey would it be without a hot lady like Arlene Dahl to make it more interesting! And, of course, that's James Mason with her there! 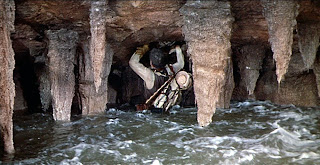 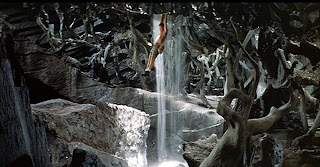 The action never ends! For a while, Pat gets separated from the others. 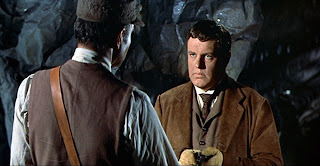 Then, the bad guy, Count Saknussem, shows up. He's been following at a safe distance, letting the others find the way for him. He has plans to capitalize on the success of the adventure and take the credit. Of course, the others must die!.. Whatta nice guy!

The good news is, later, he starts a rock slide and a big pile of boulders dump right down on his worthless skull!! 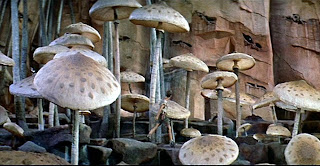 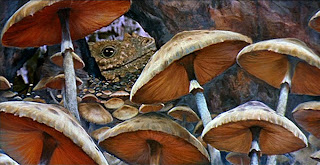 You find food, then, you become food! 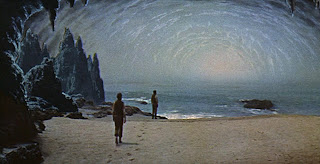 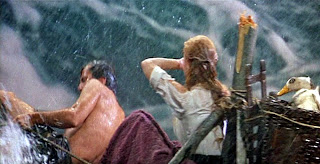 They find an ocean to cross, but, get caught up in a whirlpool and barely make it out!.. A damn exciting scene!! 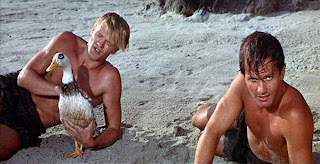 Oh, did I mention Gertrude the duck?.. She has made it all the way through every adventure so far with the help of her pal, Hans. Then, she wanders off for a minute, only to be viciously killed by the hungry Count!.. 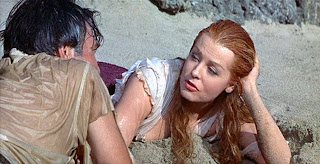 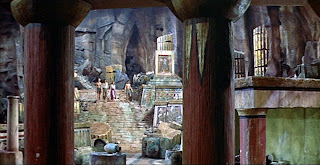 Eventually, they stumble upon this ancient city full of lost treasure. 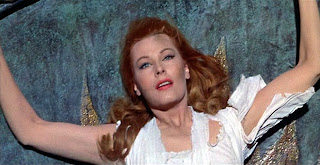 But, you can't take treasure with you if you have to ride in a big rock dish being propelled by lava up through a vent in an active volcano!.. Seriously!! 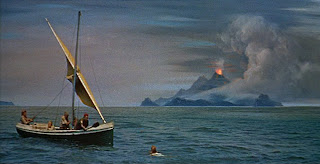 I saw this movie as a kid when it came out, and, I didn't believe that anyone could ever survive an ordeal like that! Good old... Suspension of disbelief!!
Posted by Stendek at 10:48 AM No comments: