Shot in four parts either as a TV show or to dodge union regulations or both, this film directed by Rafael Baledón ain't really that bad of a Mexican take on the "Frankenstein" tale. Any musical credits have to go to Rubén Fuentes! To keep it lively, we get the treat of seeing Rosa de Castilla doing a couple of numbers where she goes out and mingles with the crowd in the club, and they applaud every little thing she does!!! It's even better than Las Vegas!! Wink, wink, nod, nod!! There seems to be a bit of doubt to the seriousness of the whole affair once you're safely in the club! The boxhead routine has never been truer to form than in this film. A lot of boxheads around the world have come and gone since 1960, but not one has surpassed the quality of the boxhead in this movie!! Good luck finding a decent copy, and don't bother looking for a copy in English, they don't even exist with sub-titles!!
Posted by Stendek at 2:42 PM No comments: Actually, this flick is cartoon!! Play music, Jojo!.. (Jojo is Tabonga pet tarantula!) the EVIL BRAIN! Oh, yeah, narrator tell you the story, so, Tabonga don't have to!! All Starman movies start here... On space planet run by goofy morons! Then, somehow, they make Starman go to Earth, this time he fight bad guys who are controlled by evil brain from some other planet! Oh, see ring planet in background?.. It swing back and forth!.. Cool physics there!! These guy flail around as they ponder importance of sanity in the universe! Oh, yeah, Evil Brain make this guy to scare crap outta citizens!! And, if touch you or Starman, DIE!!! Now, Tabonga show you something really weird!.. THIS PIC!! Tabonga don't remember why, but, monster fall down and die! (Hey, poem!) Eegah!! has submitted a neat little soundclip for our auditory indulgence, showing how much fun you could have with a movie theme back in 1964! I love this craziness, soooo, you can push the big red 'GO' button there by the slobbering green Trigor, NOW, Rufus The Gnat! Here's the coolest theme around, enjoy... THE MYSTERIOUS MAGICIAN!

This flick has a submarine that transports dead bodies to a secret underground location!

The intricate story goes something like this.. The sister of a famous criminal named The Hexer is mysteriously murdered, that's her in the submarine. Inspector Higgins of Scotland Yard is called in, he thinks The Hexer will surface to take his revenge on the killers, and, he plans to set some traps to capture him. As the dead bodies start piling up, it looks like The Hexer will elude the police yet again! The masked Hexer is only exposed in the last suspenseful minutes of the film.

The great Joachim Fuchsberger plays the astute Inspector Higgins, here, being driven around town by his girlfriend in her convertible. Joachim is still working today!

The Inspector has been participating in some photographic extracurricular activities with his secretary! His girlfriend checks it out.

Heinz Drache plays Wesby, here, aparently looking for clues to the mystery. Heinz was also in HYPNOSIS, COFFIN FROM HONG KONG, PSYCHO-CIRCUS, THE BRIDES OF FU MANCHU and THE MONSTER OF BLACKWOOD CASTLE.

The Inspector is hot on The Hexer's trail!

But, ends up in this half dressed girl's apartment!

Then later, gets to enjoy the company of his girlfriend after her hot steamy shower... What a life, poor guy!

I saw a few German art films when I was stationed there in 1969, they ALL had peep-hole voyeurism going on!

Here's a good shot of the secret submarine lair.

And, here's another good shot of a secret submarine lair.

So then, you'll just have to track down this little thriller to enjoy all the wild action for yourself!

The original German poster..
Posted by Stendek at 2:30 PM No comments: 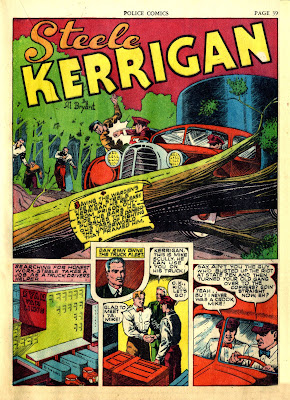 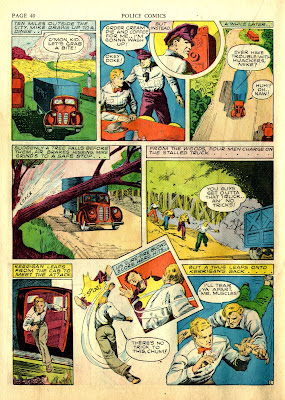 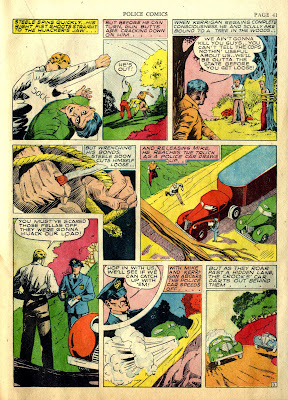 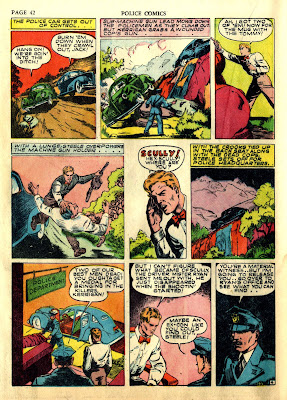 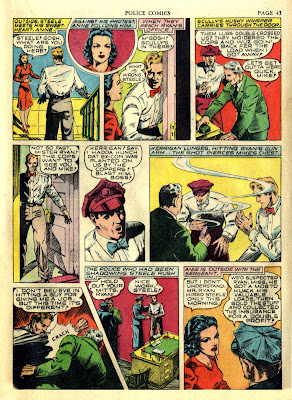 Posted by Stendek at 9:40 AM No comments: