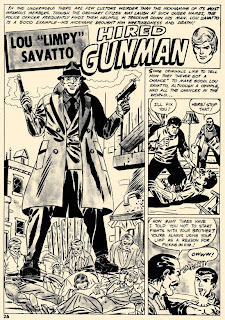 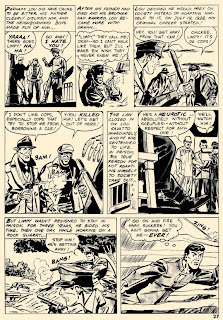 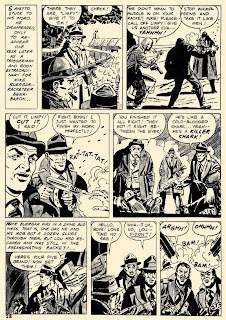 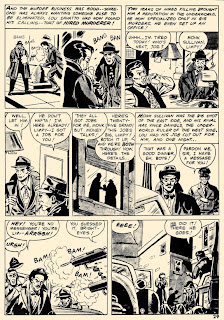 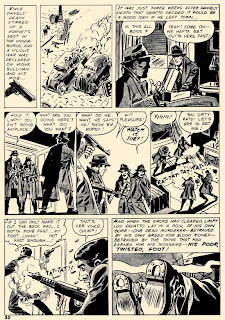 Posted by Stendek at 6:21 PM No comments: 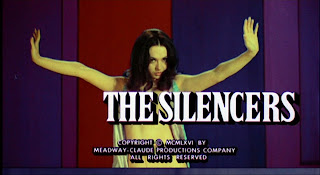 "The Silencers" is not really a 'monster movie', but it looks fantastic, has hot music, is crazy, cool, has psychotronic elements and Dean Martin! What else do you want or need? And besides all that, we needed some color, damnit! Dino as Matt Helm is casual, calm and he's collecting every man's dream!! For anything and everything else you want to know about Dean Martin, please head on over to our new pal's pad, I Love Dino Martin!!! In the meantime, here's the lowdown on tonight's feature! Forgive me if I didn't use your favorite picture, this movie just had too many shots to choose from!! 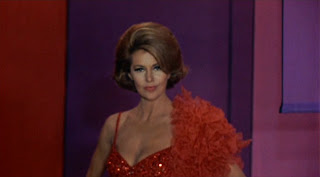 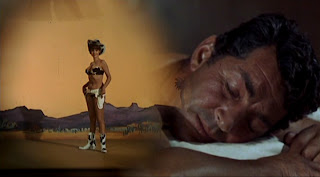 There's a series of short pop standards sung by Dino in this opening dream sequence with parody lyrics provided by Herbert Baker. It's like, you know, "Like Dreamsville, Man!" (Not to be confused with the terrific blog up there in the links by the same name!) 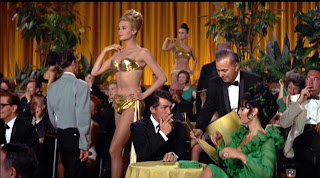 Dino and the stunning Daliah Lavi as Tina, and/or Cowboy at the Slaymate club and we get the treat of hearing "Santiago" by Sarita played by Cyd and/or Vicki, again written by Berstein and David! 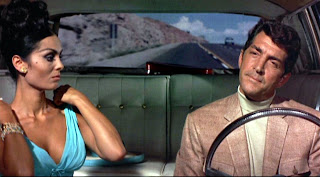 A pensive moment with Dino and Tina! 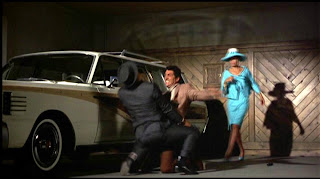 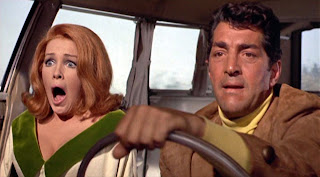 Stella Stevens looks fantastic through the whole movie. She's gorgeous and hilarious and has a range of facial expressions beyond belief. I captured a ton of photos and she looks great in all of them, no matter what she's doing!! Her and Dean work great together! 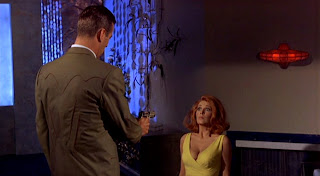 The "backward gun trick" is funny, and even though they do it like four or five times in a row, you'll laugh every time!! 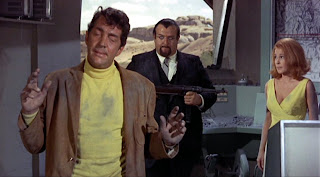 If Victor Buono had just a little more makeup on, he would have been a lot scarier! Oh, man, what a drag, Dino got dirty!!! 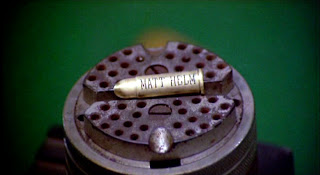 Matt Helm rocks!!! Now we gotta try and find a copy of "The Ambushers!"
Posted by Stendek at 5:01 PM 1 comment: