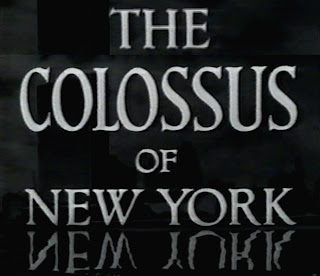 But, this theme is totally awesome and really says... THE COLOSSUS OF NEW YORK! 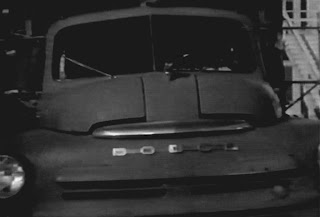 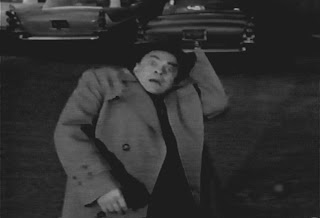 The movie starts off with a bang as Ross Martin, playing Jeremy Spensser, and, who has just won the Nobel Peace Prize, gets run over by a truck barrelling through an alley.

In it's defense, the truck did say 'dodge!' 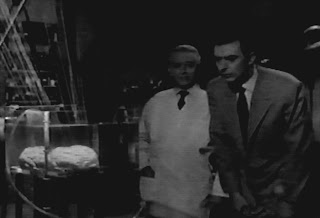 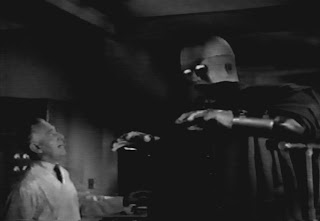 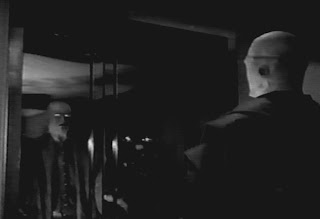 Here's the problem!.. Jeremy was the world's authority in developing a food product that will save the Earth from famine due to overpopulation, a common theme in the '50's, like in TARANTULA.

Jeremy's father and brother, both doctors, figure out a way to get Jeremy back and reclaim his legacy. So, they make him into a giant hulk with a bad attitude!.. Wow, genius!! 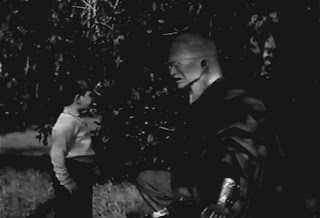 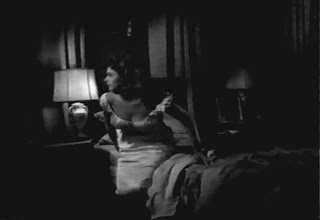 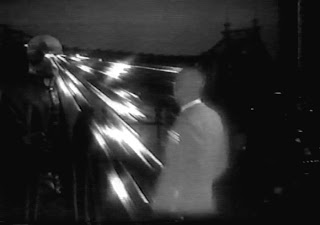 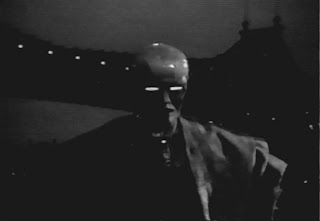 The Colossus walks under water to get to brother Henry, who's headed for the hills, but, Henry gets a big surprise instead. You see, Colossus has developed awesome new powers, like frying your sorry ass with heat vision!!!.. Goodbye, dear brother!! The still with a bridge in the background is a common element in Eugène Lourié films! 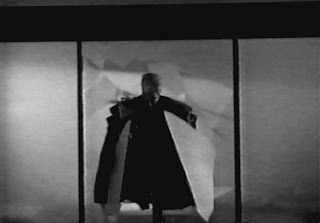 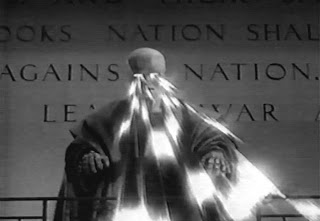 Ed Wolff plays The Colossus. Here's a great still as he breaks through some glass at the UN. He then starts randomly toasting people in the crowd!! 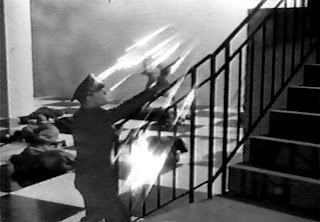 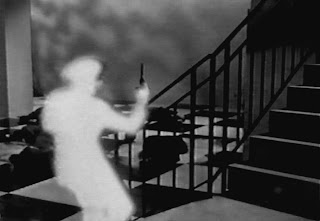 Somedays, it jes' don't pay to be a cop! 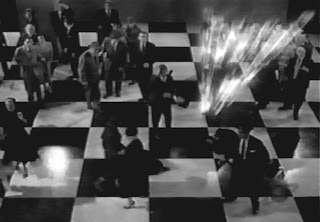 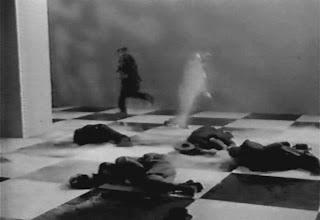 Check it out, we could use The Colossus in Washington!! 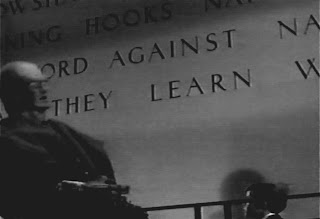 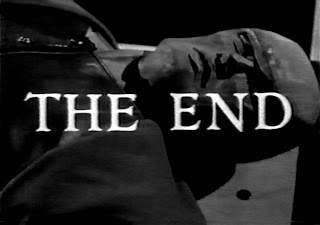 The Colossus gets turned off by his son, then he falls to the floor!.. Anyway, Jeremy went from wanting to save the Earth to wanting to kill everyone!!.. Hey, just like in real life!!
Posted by Stendek at 7:00 AM